The Climate Pledge Arena, Seattle’s newly unveiled sports and events arena, is one of the largest projects undertaken in years. Costing over a billion dollars, construction began in December of 2018 with the arena finally opening in October of 2021一 just in time for the latest NHL season, and the first for the Seattle Krakens. 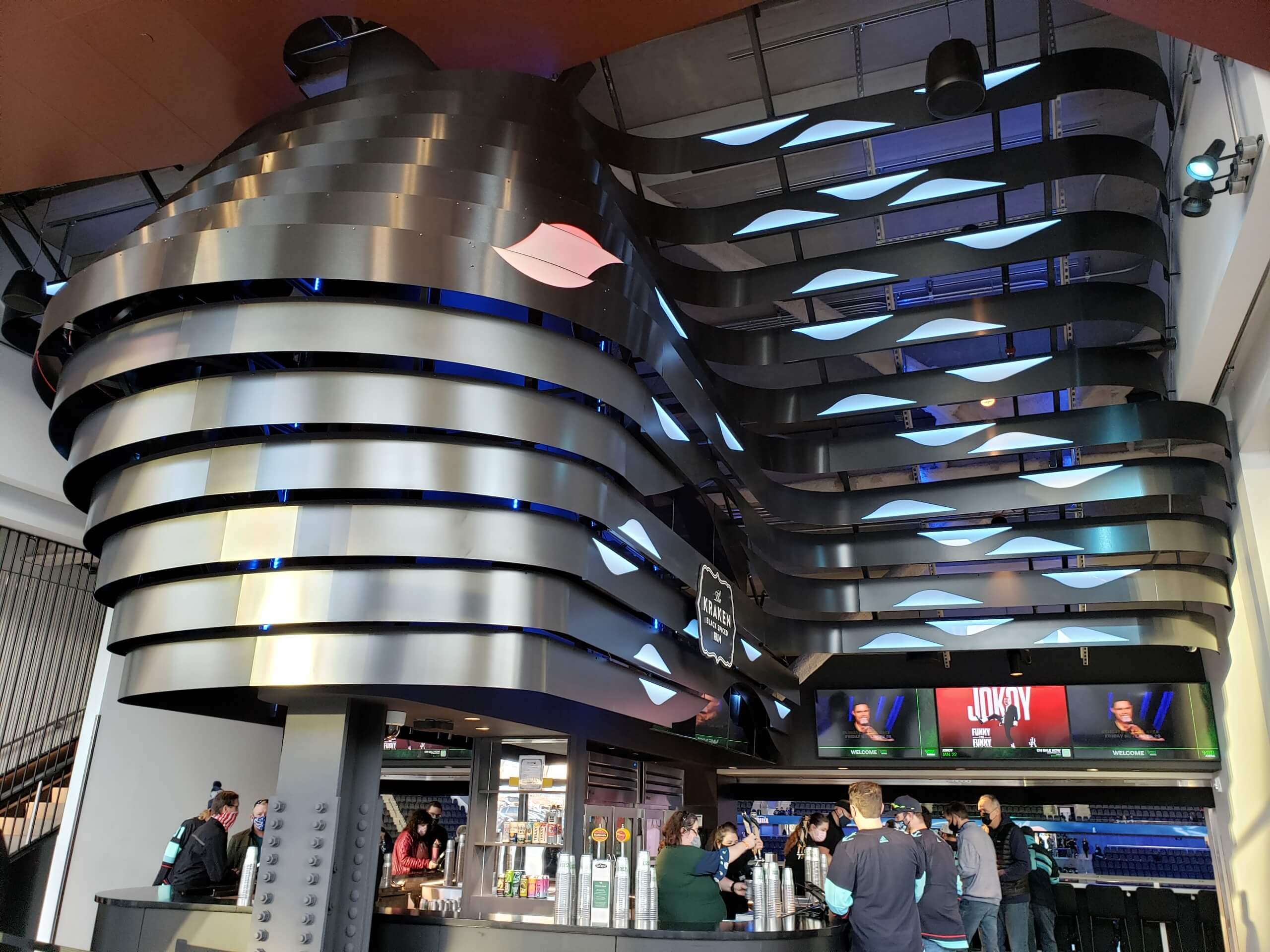 The remodel was an endeavor of enormous proportions, requiring precise coordination amongst all contractors, sponsors, and vendors alike. It was not a straightforward project requiring the construction of a new facility from the ground up: many of the original building’s historical aspects were preserved.

History of The Climate Pledge Arena

The original arena was built for the Seattle World Fair in 1962 and was called the Washington State Coliseum. Throughout its lifetime, it has been used for art fairs and shows, concerts, sports games, and many other events. It has been at the heart of the city’s entertainment.

In 1995, the arena was remodeled and renamed the KeyArena. The original roof was preserved, as the original arena, including its roof, had been worked on by the famous architect Paul Thiry. As such an important part of history, it was made a priority to save.

The Construction of The Climate Pledge Arena

This remodel, like the one in 1995, prioritized saving the original roof designed by Paul Thiry. To do so, the roof was lifted up while the underneath was worked on. Due to this, and other factors, the teams had to build faster than normal, meaning all of the metal parts, hardware, and other necessary bits had to be ready exactly on time.

Some of the complexity of the remodel stemmed from the arena itself being lowered by a further 15 feet. A tunnel was also added to accommodate the loading requirements. This lowering means the highest level of seats is at the entrance, and visitors can take escalators down to their seats closer to the ice. Doing so combined with using the original roof made it necessary to make the seating steeper, but this doesn’t reduce visibility.

In fact, clever construction means more is visible than ever. More lighting, including natural lighting, and an area for patrons to be on ice-level with players and see them coming and going to the dressing rooms was added.

Importantly, it is reportedly a net-zero carbon arena. With updated technology inside for guests and nearly doubled indoor seating and space, the Climate Pledge Arena is ready to serve Seattle.

With a project of this magnitude, construction companies need trustworthy vendors. The reliability of metal parts vendors is especially important in order to maintain tight scheduling. The supply chain issues occurring throughout the second half of this project highlight the convenience and importance of having reliable local vendors.

NaiMor Inc. keeps your budget and schedule at the forefront of every project, delivering only the highest quality products. We strive to meet your every specification and are passionate about our work. If you are interested in a quote or have any questions, please give us a call today!