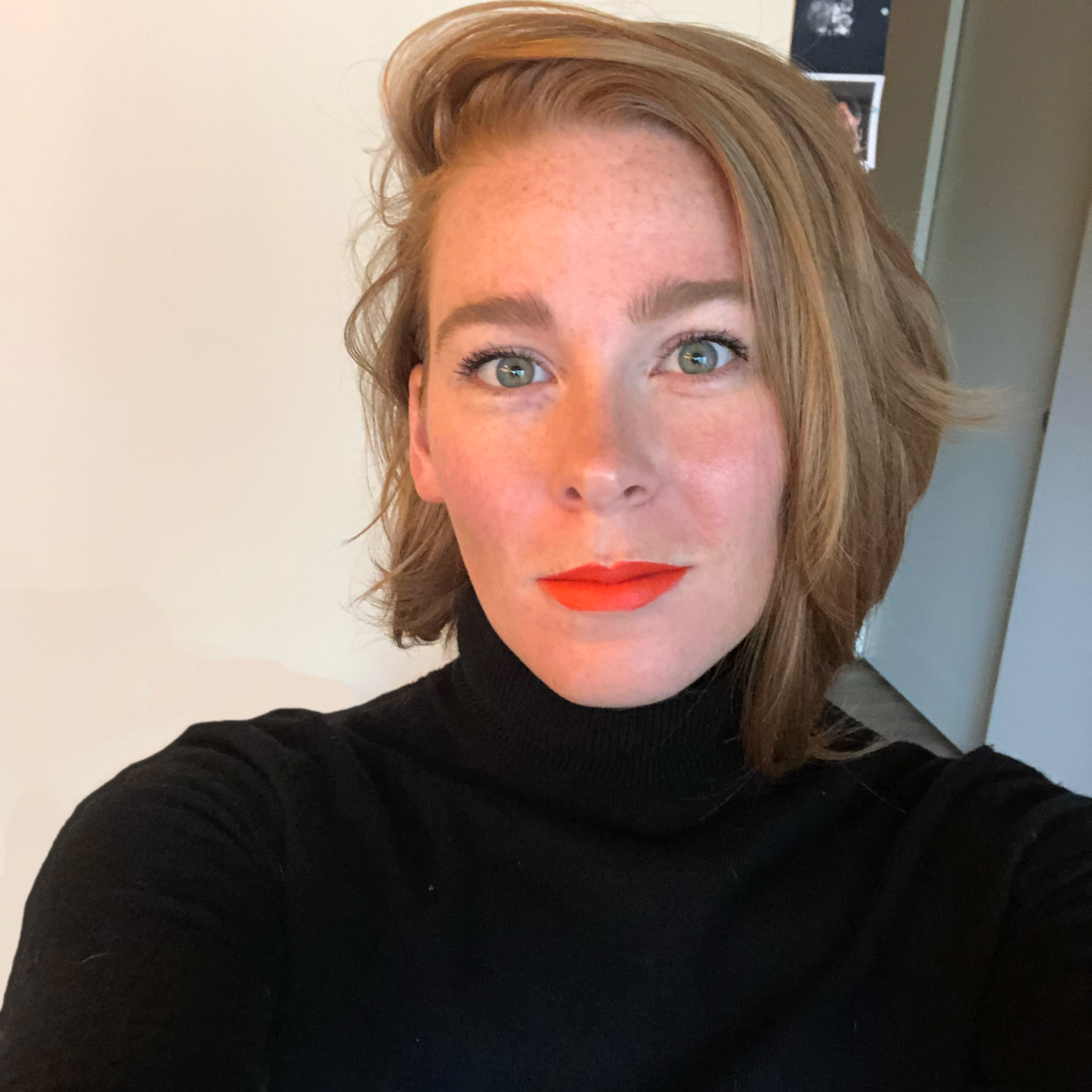 Have you ever wondered how Memorial Day came to be? Or what the day stands for?

Memorial Day is the day set aside for honoring the people who have given their lives in service to the United States of America. While I’ve always known what Memorial Day stands for as the majority of my family is military, I have wondered how this holiday came to be. Since I took over the marketing tasks for NaiMor back in January (Hi btw!!), I figured this Memorial Day was an excellent reason to look into the history of the day a bit! I’ve also included links at the end to several other articles that go into more detail about Memorial Day.

The holiday started not long after the Civil War and was originally known as “Decoration Day.” And its purpose was to honor the many soldiers who lost their lives during the Civil War. No one actually knows who first started Decoration Day, but during the Spring many different people across the US would honor the lost soldiers by decorating graves with flowers, wreaths, and flags. In 1868, Ohio Congressman James Garflied called to designate May 30 as the official Decoration Day. The holiday remained on May 30 until the late 1960s.

Sometime during WWI Decoration Day changed from one honoring only the fallen soldiers of the Civil War to a holiday that honored the lives of all American military personnel who died in service to our country. Sometime during this period, the name of the holiday was changed to Memorial Day to recognize the change in meaning.  However, it wasn’t until 1968 that Memorial Day was declared a federal holiday and changed from May 30 to the last Monday of May. And it didn’t become an official holiday until 1971. 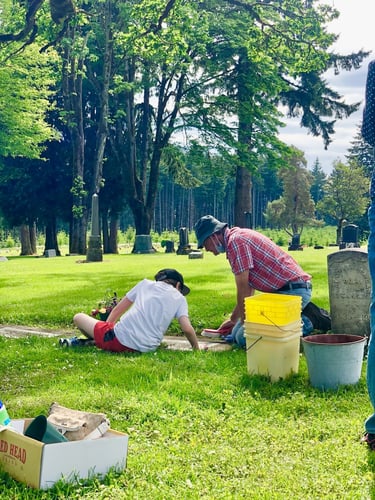 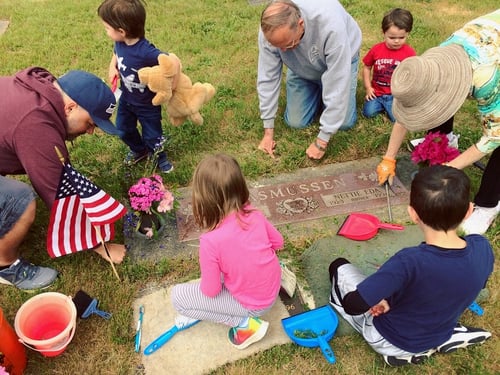 ** Thank you to my friend, Anna Lisa Rasmussen, who has graciously given me permission to share some photos of her and her family cleaning and decorating gravesites of relatives during past Memorial Days!