How Seattle is influencing Metal Fabrication Trends in 2018

Whatever the future holds, it’s important that fabricators be ready to handle it. Let’s look at some metal fabrication trends affecting the Seattle manufacturing sector and what impact they may have. 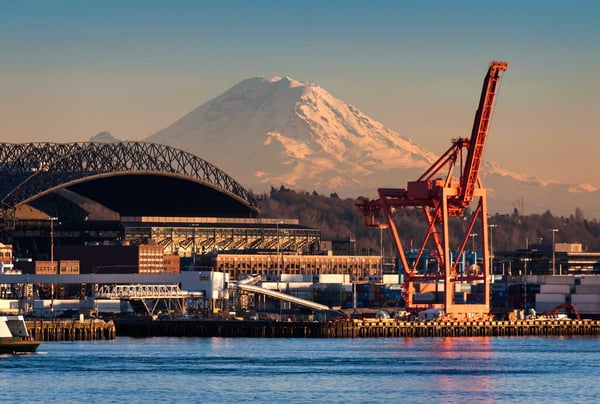 In recent year the prices for most raw materials had been falling while scrap steel prices remained relatively stable as in that demand has largely kept up with U.S. steel mill production.  Recent government intervention and Trump Tariffs have caused big concerns about the future as steel and aluminum prices have climbed at record rates. Hopefully, steel and aluminum fabricators will see continued strong demand as the market pricing adjusts to these new restrictions.

The good news is that the Seattle economy is booming — fabrication shops are busy, and demand is strong for machinery manufacturing. Naimor continues brisk growth in the industrial sector for parts and assembly manufacturing.

Metal 3D printing differs from traditional steel fabrication processes as it involves the stamping of metals to produce a required design. The evolution of 3D printing has gone from a product development tool to a manufacturing tool of complex parts.

Fiber lasers offers fast cutting speeds and the flexibility to work with an array of raw materials, including mild and stainless steel, aluminum, copper, and brass, in varying thicknesses. The total energy consumption of a fiber system is between 3 and 5 times lower than a CO2 laser operating system which translates into higher productivity and lower operating costs for fabricators.
The skilled labor issue is going to continue to affect fabricator’s ability to add capacity in a growing market. The industry will need more people and new ways to further automate. The industry is thinking about ways to automate major processes like production and assembly to increase capacity.

Creating a strong skilled workforce is key to reshoring and the country’s manufacturing growth. Some 265,000 jobs have been reshored in the past five years as wages rise in Asia and transportation costs increase. That number will continue to grow as new high-tech processes, and automation make reshoring possible. This reverse trend is vital to restoring a vibrant U.S. economy. According to a 2015 report from the Economic Policy Institute (EPI) the U.S. lost a total of 5.7 million manufacturing jobs between 1998 and 2013 – partly because of the Great Recession, but mostly because of trade imbalances with foreign nations like China and Mexico.

While this reshoring seems to be good news within itself, there’s one small problem: skilled labor shortages. Over the next 10 years, the U.S. will need to fill approximately 3.5 million manufacturing jobs, yet, it is estimated that there will be a talent shortage of two million skilled workers, according to a recent study from Deloitte and The Manufacturing Institute.

This trend rolls over into the booming Seattle construction market. With the influx of citizens moving away from the East Coast and the South, a lot of people are migrating to the Pacific Northwest. As the Pacific Northwest continues to grow in popularity in the technology sector and the economy booms, the demand for new housing, office and infrastructure construction has steadily climbed. The construction industry is experiencing the fastest employment growth in this region, outpacing the rest of the United States, but the availability of skilled construction workers has led to a shortage of skilled labor.

Construction industry veterans have cited the sentiment that the next generation shows a declining interest in construction related jobs, even though skilled construction workers have seen their wages rise more than 16% over the past four years. In the year following the housing market crash, many contractors left the industry or retired. Furthermore, the public schools curriculum continues to emphasis the four year College track rather than trade schools. Hiring high-quality metal fabricators to fill worker shortages is at the core of future success.

As a whole, metal manufacturing is in good shape. Aerospace, maritime and defense – sectors heavily reliant on metal fabrication – are growing steadily. The home and garden sector is remaining strong. The demand for large agricultural equipment has turned around and is growing. These all spell continued growth for the fabrication industry.

Efforts to modernize the aging Pacific Fishing Fleet and State of Washington car ferries that ply the waters of the Puget Sound offer plenty of growth in the years to come. As well, the Pentagon unveiled a five-year plan to add more than 46 new ships to the current fleet of 280 ships. This would make it the largest rebuild of the fleet in 20 years.

Of the 117 shipyards in the United States, 26 are in Washington State. Companies such as All American Marine, Nichols Brothers Boat Building, Westport Yachts and Vigor International and others are either headquartered in Washington State or have operations here. Large firms such as Vigor Industrial have diversified their operations in response to these demands. In 2015, it bought Kvichak, a Seattle builder of aluminum work boats used for commercial fishing, firefighting, security patrols and oil-spill response. In 2017 it purchased a 640-foot dry dock facility in South Korea, and hauled it to Seattle. Vigor continues to build on it maritime services with military contracts to build army landing craft and repair navy destroyers.

There are currently 12.3 million manufacturing jobs in the U.S., and the metal fabrication industry ranks third in providing manufacturing jobs in the U.S. The global metal fabrication market, including metal cutting, metal forming, CNC fabrication and welding, is expected to grow to $21 billion over the next 7 years providing many opportunities for growth.  As equipment suppliers reduce their inventories in responds to market volatility and relying more on industry recognized fabricators to deliver on demand. Those who can deliver services on time like Naimor Metal Fabrication anticipate a stable and profitable future over the next few years.