Laser Cutting: The Present and Future of Sheet Metal Fabrication

When it comes to metal manufacturing, there are numerous ways metal can be shaped and cut. However, no method is quite as reliable or as affordable as laser cutting. Because this technology is so effective with sheet metals, it will only continue to improve over the next years and decades.

The Present and Future of Laser Cutting for Metal Fabrication

Why is laser cutting so much better than other options? What kind of changes and upgrades can we expect in the future? Let’s dive in and see what laser cutting is all about. 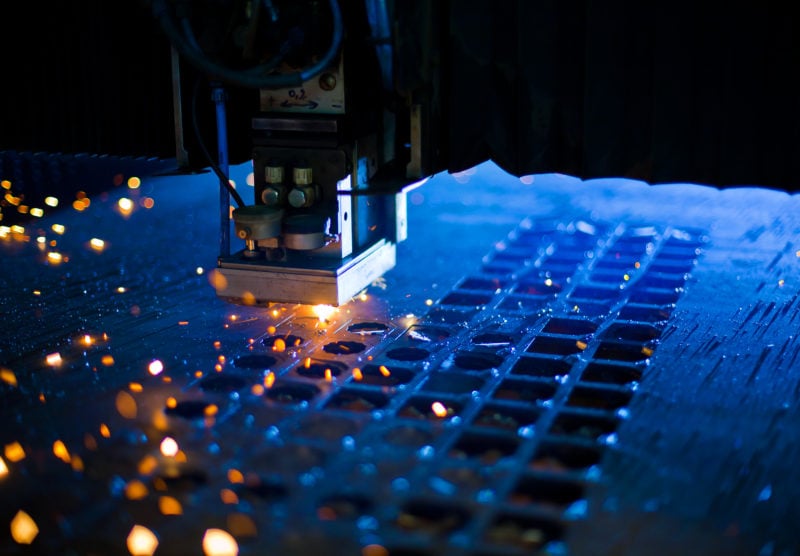 The History of Laser Cutting

The first instance of this process being used in an industrial application was back in 1965 when it was utilized for drilling holes in diamond dies. It wasn’t until the 1970s that laser cutting started to become a viable option for different industries, including sheet metal and textiles. One industry that was an early adopter of the method was aerospace, as the clean edges were perfect for that kind of application.

In the beginning, laser cutting was limited to what it could do, considering that the computer technology needed to guide the laser and create various designs was not available. Consequently, materials would be cut similarly to other methods like shearing or sawing.

These days, laser cutting is far more advanced than its early days, with computer programs enabling the machine to craft intricate designs that would have been impossible several decades ago. As such, it is one of the most versatile and reliable forms of fabrication that we have today.

One of the reasons that this fabrication method is so widely used is that it can be applied to a broad variety of materials, including wood, glass, plastic, leather, stone, and, of course, sheet metal. However, not all lasers work in the same way, which is why they are broken down into three distinct categories.

This is the most commonly used laser for cutting because it has a high accuracy rate and is easy to control. The beam is made of concentrated CO2 gas, which is stimulated with electricity to be enable cutting. These kinds of lasers work well with almost all non-metallic materials, including plastic, glass, textiles, and wood.

This method works by using glass fibers to amplify a “seed” laser so that it can be both more precise and much more potent. Most fiber lasers have a much more powerful beam when compared to CO2, even with the same amount of electrical output. Since the beam is so focused and intense, these lasers are used for metals and some plastics. One of the primary benefits of a fiber laser is that it requires little to no maintenance and can last much longer than other varieties.

This model is similar to a fiber option, but it utilizes crystals instead of glass, as well as pump diodes to generate the same type of beam intensity. Overall, crystal lasers are comparable to fiber units regarding the kind of applications and performance, but they do not last as long. Comparatively speaking, crystal lasers can operate for up to 10,000 hours, while fiber models can last up to 25,000 hours.

So what makes this kind of cutting so valuable for metal fabrication? Why are lasers so much better than any other kind of techniques and methods out there? Let’s look at the top reasons that most fabricators rely on lasers instead of anything else.

The Future of Laser Cutting

Right now, most fabricators rely on CO2 lasers to do their cutting, but fiber models are quickly gaining steam. The technology is still relatively new, but within the next decade or so it will most likely become standard. That doesn’t mean that CO2 will go away entirely, but it does indicate that most fabricators will have more options regarding how well they can cut and what kinds of designs they can create.

As technology improves, lasers will become much more energy efficient and less bulky, enabling fabricators to work faster and produce even better results. Also, with the rise of 3D printing, laser cutting could be something that works in tandem with printers to create more stable and reliable products.

If you’re looking to improve your current manufacturing processes and want to work with a fabricator that utilizes laser cutting, contact Naimor Metal Fabrication today. We have the right tools for your next project, whether you are developing a prototype or you need full-scale metal manufacturing.